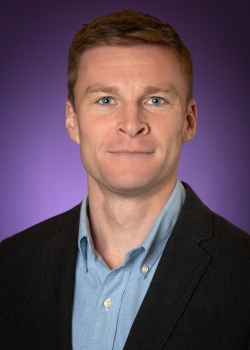 I’m an associate professor of English at Texas Christian University, where I teach twentieth- and twenty-first-century American literature, American cultural studies, and critical race and ethnic studies. I’m the author of Empire of Defense: Race and the Cultural Politics of Permanent War (University of Chicago Press, 2019), a cultural history of race and national defense from the formation of the Department of Defense in the late 1940s to the long wars of the twenty-first century. When the Truman administration dissolved the Department of War and formed the DOD, it did not, I argue, end war but rather established new racial criteria for who could wage it, for which lives deserved defending. Amid the rise of anticolonial and antiracist movements the world over, defense secured the future of war and white supremacy.

My second book, How White Men Won the Culture Wars: A History of Veteran America (forthcoming from the University of California Press in spring 2021) shows how a broad contingent of white men––conservative and liberal, hawk and dove, vet and non-vet––transformed the Vietnam War into a staging ground for a post–civil rights white racial reunion. I’m currently completing a third book, The Strange Career of Racial Liberalism, which traces the rise and fall of racial liberalism, the dominant racial paradigm from the onset of the second world war to the civil rights legislation of the mid-1960s, arguing that the racial liberal’s faith in time––in progress, in the moral arc of the universe––thwarted materialist antiracisms and undercut future movements with the insistence that racism constituted a time-limited crisis to be addressed with time-limited remedies.

I have published articles in American Literature, American Quarterly, Contemporary Literature, Critical Inquiry, and Modern Fiction Studies, among other journals, and contributed essays to the Los Angeles Reviews of Books.